Bleak House is, according to some, one of Dickens’ best books. I thought I better read it.

At the heart of the story is a long-running civil law suit, and the effect this has on the young wards of the court. It is also a story about secrets and mysteries, including a hidden scandal and, in the closing sections of the book, a murder. END_OF_DOCUMENT_TOKEN_TO_BE_REPLACED 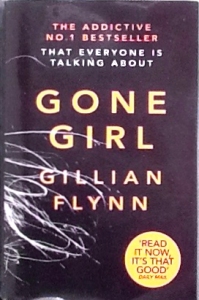 Gone Girl is a thrilling read.

I won’t give away the story, but will just say that this book invites you to make assumptions, but then blows those assumptions away in a series of plot twists. END_OF_DOCUMENT_TOKEN_TO_BE_REPLACED

Everyone knows that Robert Galbraith is the pseudonym used by J.K. Rowling in her recent venture into crime fiction.

I picked up her latest book, The Cuckoo’s Calling in my local library with some trepidation. Would I like it? END_OF_DOCUMENT_TOKEN_TO_BE_REPLACED

This is a delightful comedy based on the unlikely plan to release salmon into a river in the hot and dusty Arab state of Yemen. It deals with the nature of faith and the boundless optimism of hope, whilst also promoting the application of technical skills to a seemingly insolvable problem. And it has a sly dig at politics and the duplicity of politicians.
END_OF_DOCUMENT_TOKEN_TO_BE_REPLACED

Gibson’s first novel, Neuromancer, is a cyberpunk classic and was published in 1984 – an apt year for such a visionary novel. Pattern Recognition is written in much the same style, using ‘hip’ language and featuring computer technology – but it isn’t a science fiction book.

The book is engagingly written in Gibson’s cyberpunk style. END_OF_DOCUMENT_TOKEN_TO_BE_REPLACED

Published in Poland in 1961, this novel is a very interesting work from a Sci-Fi perspective. The book deals with the darkness of the human psyche, communication difficulties and the unknowability of alien life forms.

Narrated in the first person, the novel begins as a seemingly straightforward space adventure – with a scientist called Kelvin leaving a space ship in a small capsule. His mission is to join an established scientific expedition aboard a space station in orbit around the mysterious planet Solaris. END_OF_DOCUMENT_TOKEN_TO_BE_REPLACED

This book was published in the same year as I was born – 1956. It is the story of the personal journey of an anti-hero – Gully Foyle – as he pursues his revenge against the ship that abandoned him to die in space. During that journey he commits terrible acts, learns new skills and eventually turns from personal retribution to saving humanity.

This book is crammed full of great sci-fi concepts. END_OF_DOCUMENT_TOKEN_TO_BE_REPLACED