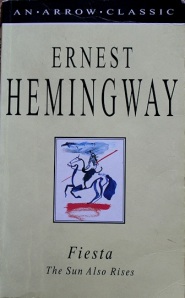 I have mixed feelings about Ernest Hemingway. I loved Farewell to Arms but struggled through To Have and Have Not. And Hemingway himself was the kind of man I despise: a shooting, hunting, fishing type who loved bull fighting and drank too much and equated all these nonsensical pursuits with masculinity. So, mixed feelings.

The Sun Also Rises was Hemingway’s first full length novel. Finished in 1926 and told in the first person, the book is loosely based on a trip that Hemingway made to Spain with a group of friends to see the bullfighting during the Pamplona Fiesta. END_OF_DOCUMENT_TOKEN_TO_BE_REPLACED

Published in Poland in 1961, this novel is a very interesting work from a Sci-Fi perspective. The book deals with the darkness of the human psyche, communication difficulties and the unknowability of alien life forms.

Narrated in the first person, the novel begins as a seemingly straightforward space adventure – with a scientist called Kelvin leaving a space ship in a small capsule. His mission is to join an established scientific expedition aboard a space station in orbit around the mysterious planet Solaris. END_OF_DOCUMENT_TOKEN_TO_BE_REPLACED

This book was published in the same year as I was born – 1956. It is the story of the personal journey of an anti-hero – Gully Foyle – as he pursues his revenge against the ship that abandoned him to die in space. During that journey he commits terrible acts, learns new skills and eventually turns from personal retribution to saving humanity.

This book is crammed full of great sci-fi concepts. END_OF_DOCUMENT_TOKEN_TO_BE_REPLACED

Double Indemnity is a crime-fiction novel and often cited as a classic of the genre. First published in 1936, the book remains very popular. Why?

Written in the first person, this is a crime novel told through the point of view of the murderer. The language is simple and conversational, using the idioms and figures of speech consistent with the narrator’s background, era and nationality – he is a Californian insurance salesman. While I’m sure this was perfectly in keeping with the time, the language seems quaintly old-fashioned in the 21st Century. (I guess this is an important lesson in how quickly our contemporary fiction can become dated.) END_OF_DOCUMENT_TOKEN_TO_BE_REPLACED 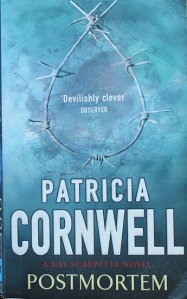 I had forgotten how good Patricia Cornwell is. This is her first Kay Scarpetta novel and one that I read a long time ago. As part of my Birkbeck University course, I recently had to revisit it.

This is crime fiction at its best. Kay Scarpetta is the Chief Medical Examiner in Richmond, Virginia, and works with the police to uncover the identity of the serial murderer who is terrorising the city. There is no equivalent role in the UK, but Scarpetta’s responsibilities appear to be a combination of postmortem pathologist and police surgeon. END_OF_DOCUMENT_TOKEN_TO_BE_REPLACED 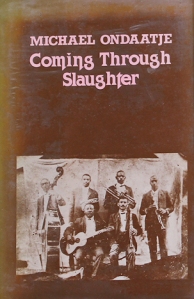 This is an interesting book, first published in 1976. It has a weird structure and, initially, I was completely bemused by it.

The subject of the story is Buddy Bolden, a black American musician living in New Orleans at the beginning of the twentieth century. Buddy was famous for his cornet playing and for being one of the early pioneers of jazz music. END_OF_DOCUMENT_TOKEN_TO_BE_REPLACED

This book was written the same year as I was born, 1956. A short book, it describes the interweaving lives of the first West Indian immigrants to England as seen through the eyes of an established immigrant, Moses Aloetta. The book is written in the third person and includes a number of characters, but the narrator is firmly established at the outset as Moses. END_OF_DOCUMENT_TOKEN_TO_BE_REPLACED

This book is on the reading list for one of my Birkbeck modules this year. The debut novel of a Chilean author, Isabel Allende, and originally written in Spanish, this is an English translation.

The style of writing is rich and dense. With a host of eccentric characters, a story line that spans many years and a meandering style that goes off on numerous digressions, it reminded me of END_OF_DOCUMENT_TOKEN_TO_BE_REPLACED

This book is set in a mythical mid-European country. It opens with a 10 page travel guide to the imaginary city of Slaka and the first chapter follows with an account of a plane touching down on the tarmac. Aboard the plane is a Dr Petworth. He may or may not be an important character in the story to follow. Unfortunately, I can’t tell you whether he was, nor can I tell you what happened to him – as I read no further END_OF_DOCUMENT_TOKEN_TO_BE_REPLACED 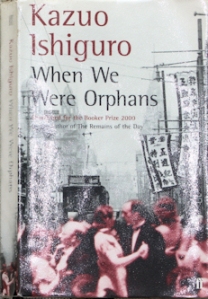 This book was published in 2000 but, the story is told in the first person and was ‘narrated’ during the 1930s. There is an authentic, old-fashioned feel to the writing. It is not a particularly easy read, being told in a non-linear fashion and with complexly constructed sentences. It took me some time to get into it.

The narrator – Christopher Banks – is brought to England as a small boy, after both his parents disappear. Initially, it is unclear whether he is, or isn’t, one of the orphans alluded to in the title. END_OF_DOCUMENT_TOKEN_TO_BE_REPLACED